Sometimes, being an indie author takes me by surprise. I uploaded my latest piece to Amazon assuming it wouldn’t go live until tomorrow. But the Valentine’s Day Romance gods are smiling on me, and I get to pass on my good fortune to you! Warm Thing: A Rock & Rodeo Tease 2 is ready to read FREE on Kindle Unlimited or $.99 on Amazon! 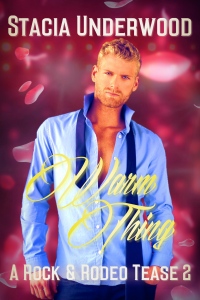 Like the first Tease, Sweet Thing, the romantic short features the characters Justin & Kali from Warm Body: Rock & Rodeo Book 2, and gives you a “tease” of their romantic life. The action takes place between the end of Warm Body and the upcoming Honey Bee: Rock & Rodeo Book 3.

Even if you haven’t read any of the other Rock & Rodeo books, you can enjoy Warm Thing as it stands alone on its own. However, reading the other books will help enhance your experience.

I’m excited for this 2nd R&R Tease because the story’s told from Justin’s perspective. I can admit to you that writing in a guy’s point of view was a welcome challenge. Getting to know Justin from the inside just makes me love him even more. Here’s the blurb:

Justin McIntyre, the hot CEO billionaire, can’t find time to romance his girlfriend Kali, the hard rocking bartender at the Rock & Rodeo. Will his busy schedule and the growing distance between them ruin their relationship, or will they be able to make better choices and set their love back on course with a second chance?

There’s more Rock & Rodeo to come with Bethany’s book Honey Bee releasing in February, and Shane’s book Body Shots coming in March! Sign up for the Rock & Rodeo Mailing List to keep up with the latest releases by clicking on the button!

Sorry I’ve been a bit absent. I’ll get back to giving my Romance Recommendation – Zoe Kazan Edition in a couple of days. But I’ve been busy adding to the R&R Family!

Introducing a new side series of shorts – The Rock & Rodeo Romance Tease series! The first one, Sweet Thing, is available now FREE for Kindle Unlimited or $.99 on Amazon.

The short is a perfect read to prepare you for Valentine’s Day! As with all the R&R pieces, it stands on its own. But you may enjoy it more if you sample the other books in the Rock & Rodeo Romance Series with Sweet Melody and Warm Body, both available for FREE with Kindle Unlimited! 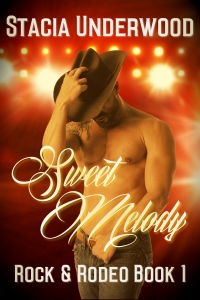 So where does Sweet Thing fit? Chronologically, it fits in between Sweet Melody and Warm Body, picking up in the middle of Mel’s new life in Nashville with hot country singer, Hunter Ford. The story will give you a tease of their romantic life.

But what about Kali & Justin from Warm Body? Never fear…before Valentine’s Day hits, their Rock & Rodeo Romance Tease, Warm Thing, releases! Again, you can read it without having read the rest of the stories, but it will add to the characters and their journeys as the tease bridges the gap between Warm Body and the upcoming Honey Bee: Rock & Rodeo Book 3. Here’s the upcoming cover for Warm Thing: 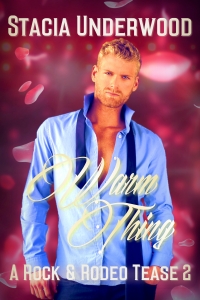 This past weekend, I rented the film What If mainly because I’ve been enjoying Daniel Radcliffe’s post-Harry Potter work (don’t even get me started on how much I love the twisted movie adaptation of Horns). But the romantic film features Zoe Kazan, and I realized that she’s been the romantic lead for three movies that I watched, two of them I liked. So, like those annoying multi-part movies that turn what should be one movie into three, I’m writing three reviews over the next three days, and I’m dubbing them Romance Recommendations—the Zoe Kazan Edition!

What If (2013): The film starring Zoe Kazan as Chantry and Daniel Radcliffe as Wallace takes place in Toronto. It’s a boy meets girl, girl flirts with boy, boy likes girl, girl has a boyfriend storyline. In fact, the original title to the film was “The F Word”, making a play on words about “friends” only, right? Most of the film focuses on Wallace’s frustrations as every interaction with Chantry is fun and brings out the best in him. Over time, Chantry relies more heavily on Wallace instead of her boyfriend Ben (Rafe Spall). When Ben takes off for Dublin for his job and leaves the two of them, the tension grows. Despite the interference to bring them together by Wallace’s friends Allan (Adam Driver) and Nicole (Mackenzie Davis), who play the romantic foils who are head over heels crazy in love to the main characters’ cool reserve, it takes the full movie to get Wallace and Chantry together.

I wanted to like the movie more than I did. But several things held it back. One, the screenplay was based off a play Toothpaste and Cigars, and for most of the movie, it felt like it was a play trying to be a film. What I mean by that is, it was just too cool for its own good. It was lmost, and I hate using this word, hipster cool—like some people choose to dub it cool, and it’s so cool that I can’t understand how cool it really is. There are funny moments, but it’s not a romantic comedy. There’s the love triangle, but Ben is so lame, he almost feels like that plot device was thrown in there just to create tension.

For most of the movie, you’re supposed to want the love interests to get together, and you’re pulled through the movie by the tension that they’re not. In this one, I found myself wanting them to get together so that the movie would end. Not necessarily a good thing. BUT, I found that the Kazan and Radcliffe scenes were the absolute best part. The two of them are strong actors. If someone cut out all the parts of the movie except their scenes, I wonder if it would have fared better. This movie’s a definite HEA, but I wish they would have cut out some of the slower, cool parts as well as the crazy comedy bits and just gotten down to the heart of the story with Chantry and Wallace. (PS – not sure if they get extra points given or taken away for the love lead being named Chantry). 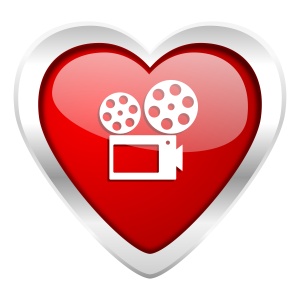