Beyond writing, I actually do take time for other things in life. Probably not surprisingly, a lot revolves around coffee—wanting it, getting it, drinking it. I do get a chance every once in a while to watch movies and read. Thought I would give a couple of recommendations today! 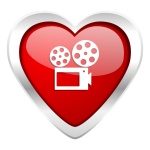 Begin Again – Starring Keira Knightley, Mark Ruffalo, James Cordon, and Adam Levine – Written by the same creator of the romantic and musically beautiful movie Once, this movie is a fun ride through the making of music interwoven with the story of romance and heart break. What’s probably the most beautiful love story is how the movie treats the city of New York as a living entity that the characters court with their music.

Gretta (Knightley) follows her boyfriend Dave (Levine) to NYC as he begins recording his first big album as the newest music sensation despite being an exceptional singer/songwriter herself. Through her own heart break, she connects with Dan (Ruffalo), a failing music executive, who sees her music as bigger and worthy of being recorded. The film follows how the lives affect the music of the different musicians as well as how the music affects their lives.

You won’t come out with the HEA (Happy Ever After) vibe with any of the characters, but you may fall in love with the film’s soundtrack. Knightley’s voice fits the vocal style of the indie artist. While Levine’s part is smaller, his singing reminds you why they picked him for his acting debut in the film. Definitely one to watch on a chick flick night and may be able to convince your significant other that it really isn’t a romance movie.

Chef – Starring Jon Favreau, John Leguizamo, Scarlett Johannson, Sofia Vergara – Jon Favreau reminds us that he’s a triple threat with his newest film. Favreau is known for his writing (Swingers, Couples Retreat), his acting, and his powerhouse directing (Elf, Iron Man 1 & 2), but when he puts all three together, he comes up with something completely charming and yummy.

As a chef stuck in a job with an owner who won’t allow him any creative control, Carl (Favreau) blows his top when a top critic questions his talent. At the bottom of his career, Carl has to start over with not only his job and passion as a chef but also as a father. The biggest love story of the film is really how Carl falls in love even more with his son, Percy (Emjay Anthony).

The movie does have an HEA ending, but it’s secondary to the journey that Carl takes. Even if the romance part of the film doesn’t get you, the food definitely will! Favreau worked with a professional chef to get the filming of the food correct. Be prepared to either be full before you watch or be starving after you finish the film! This is another movie that would work for both a chick flick night or a couples night.

So, I am woefully behind on my TBR (To Be Read) list. But I can definitely recommend some of my current favorites! I’ll start with a fun series that has multiple books and is available through Kindle Unlimited on Amazon:

With Me In Seattle Series by Kristen Proby – I got hooked on Proby’s series with the very first book, Come Away With Me. While each book could technically stand alone, it’s better that you acquaint yourself with the entire cast of characters as each book features the romance story of one of the gang. There are 8 books and a novella to entertain you for days. Proby does a great job of mixing storyline with the sexual gratification of a good romance. Neither outweighs the other, so you will find yourself more than satisfied on both ends.

The latest in the series, Forever With Me, features the latest addition to the family group and his struggles with balancing his work and his love life with a romantic interest whose job threatens to take precedence over love. The book fits in well with the rest of the series and features the strong storytelling skills that Proby proves over and over again that she possesses. Another series short is promised in the upcoming 1001 Dark Nights collection available March 24, 2015.

Proby has another series that I may try soon because I enjoy her writing. I tried to decide which of the novels in the With Me In Seattle series was my favorite, but each time I picked one, I thought of another one that I liked just as much. That’s not a bad problem to have—that all the books are good and different in their own ways that you can’t pick a favorite because they’re all great!

I’ll be dropping more recommendations soon. Would love to know your thoughts of movies to watch, books/book series to check out, or whether you agree or disagree with my assessments. Leave your thoughts in the comments!

One thought on “Romance Recommendations – Take One”